Skip to content
Ray Bledsoe (1932 – ) was a mover and shaker from the time he moved to Howe in 1964. He was voted commissioner of the Howe Youth Baseball League and immediately went to work to build a youth ballfield for the kids. He was successful in constructing A.M. Ferguson Park without using any city funds. After serving on the Howe ISD Board of Trustees and any other committee for the betterment of the school or city, Bledsoe, in 1986 became mayor of Howe. He received 80% of the vote even though he was not on the ballot. Bledsoe worked the job as if a full-time employee by working 40-60 hours per week as an unpaid mayor. Bledsoe was successful for obtaining many grants for the city and even worked a deal for a connector road from US 75 to Texas State Highway 5 now known as L.B. Kirby Ave. In 1997, Bledsoe received the National Leadership Award, given by the National Association of Small Cities. Only 300 officials in the country received this award. He was presented on the House Floor in Washington. 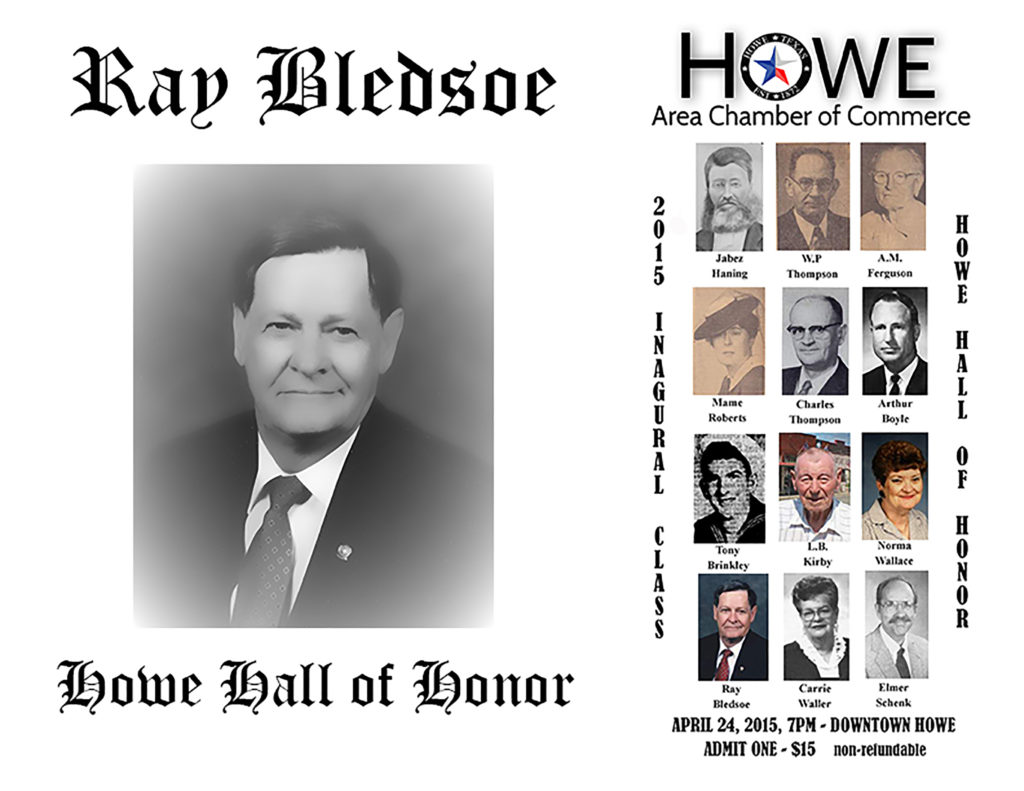