Skip to content
Norma Wallace (1929-1996) was actively involved in the creation of the marching band which later became known as The Pride of Howe. With her tremendous ability to gather people together for a willing and worthy cause, she impacted Howe in a way that forever changed the way people look at Howe. Wallace was also instrumental in the formation of the Howe Public Library, the Howe Historical Society and the placement of a Texas Historical Marker at Hall Cemetery and also was successful in petitioning for an outside mail drop box at the US Post office in Howe. . Wallace quietly started a petition by local citizens advocating the movement of an on-ramp to US 75 located in Howe. Several accidents and some fatalities had occurred because of the location on the on-ramp. Thanks to her diligence, the on-ramp was moved and lives surely were saved. 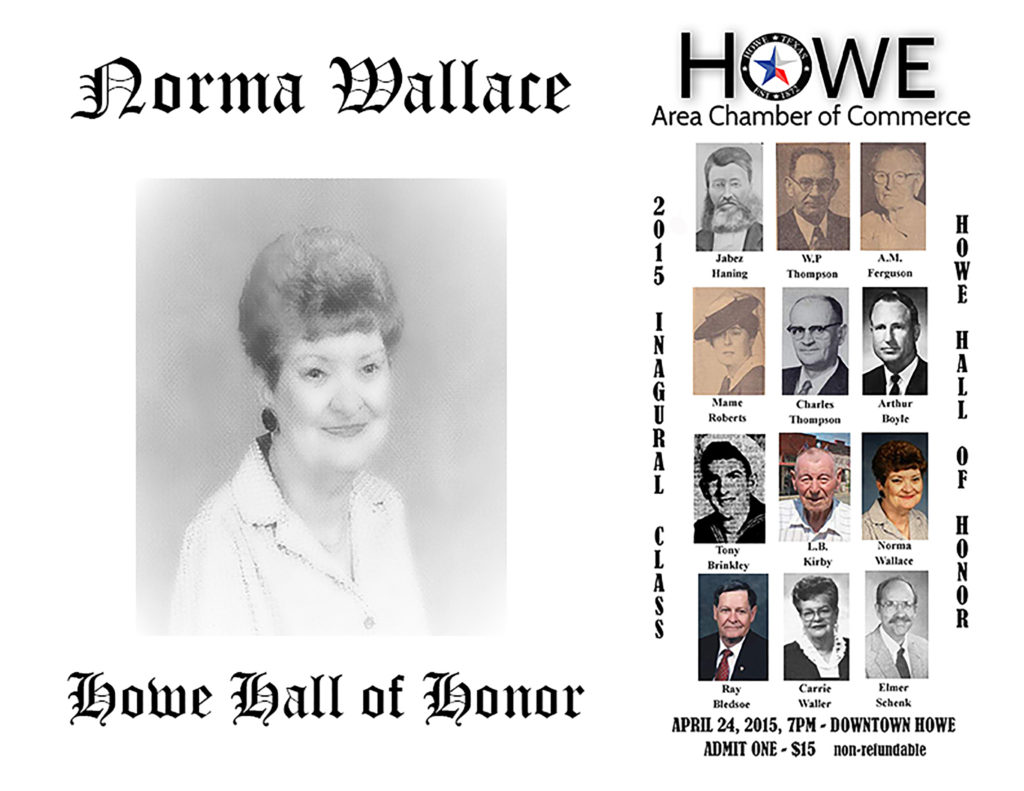