Skip to content
Mame Roberts lived her entire life in or near the community of Howe. Largely self-taught, she worked as a substitute teacher in the lower grades at the Howe public schools in the early 1900’s before turning to her life’s work -promoting civic improvements and beautification. As the writer of a weekly column in the Howe Messenger, Mame Roberts promoted her hometown of Howe and encouraged its beautification. Her campaign to make Howe the “Prettiest Little Town in Texas” motivated other small Texas towns to take similar action. A series of articles in the Dallas Morning News provided step-by-step instructions for carrying out beautification efforts, and she was in great demand as a speaker at garden club gatherings throughout this part of the state. Mame’s work attracted the attention of Life magazine and Reader’s Digest, and she was named “Woman of the Day” on May 14, 1949, on Eleanor and Anna Roosevelt’s National Radio Program. Her leadership positions included: President of the Grayson County Federation of Women’s Club; President of the Texoma Redbud Association, which urged the planting of Redbuds along highways in Texas and Oklahoma; and founder and president of the Howe Sesame Club. Her work, which spanned the decades before and after World War II, is a significant part of the civic history of Howe and of all the towns that put her lessons into action. She is a home-grown icon for our Keep Howe Beautiful program. 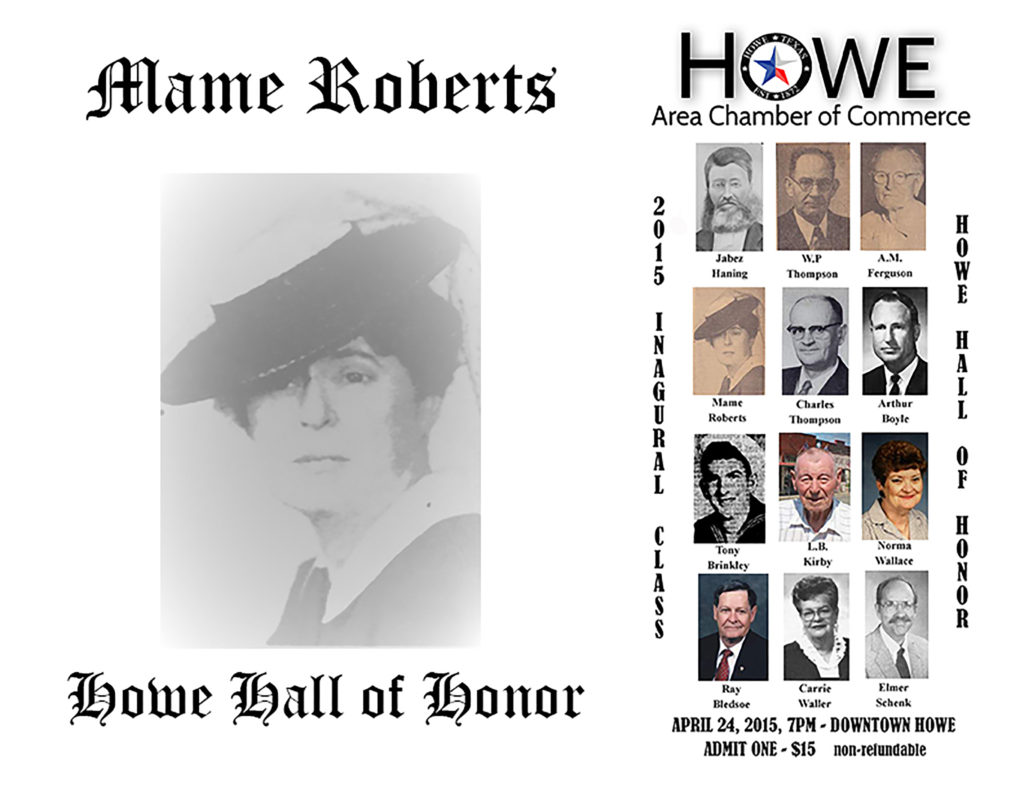