Skip to content
Jean Norman, nominated for the second straight year. She will go down in Howe history in much of the same regards as Mame Roberts and Norma Wallace – a truly iconic figure among all of Howe’s finest ladies. Her fingerprints of leadership are seen throughout the community from Bonham to Dorchester and especially from Ponderosa to Farmington. She was instrumental in forming the Howe Public Library and eventually the Howe Community Library. Her leadership helped breathe life into the former Howe First Christian Church, not once but twice. Norman was a key member of the foundation and the formation of the Howe Historical Society in the 1980s and 90s and renovated the church previously to house a museum. Serving most recently as president of the Save the Church organization, the group has raised enough money to transform one of Howe’s oldest buildings into a beautiful wedding venue. The longtime school teacher has also been a longtime member and church leader at the First Baptist Church of Howe. She was named the 1992 Norma J. Wallace Citizen of the Year and 25 years later was nominated once again for the award. 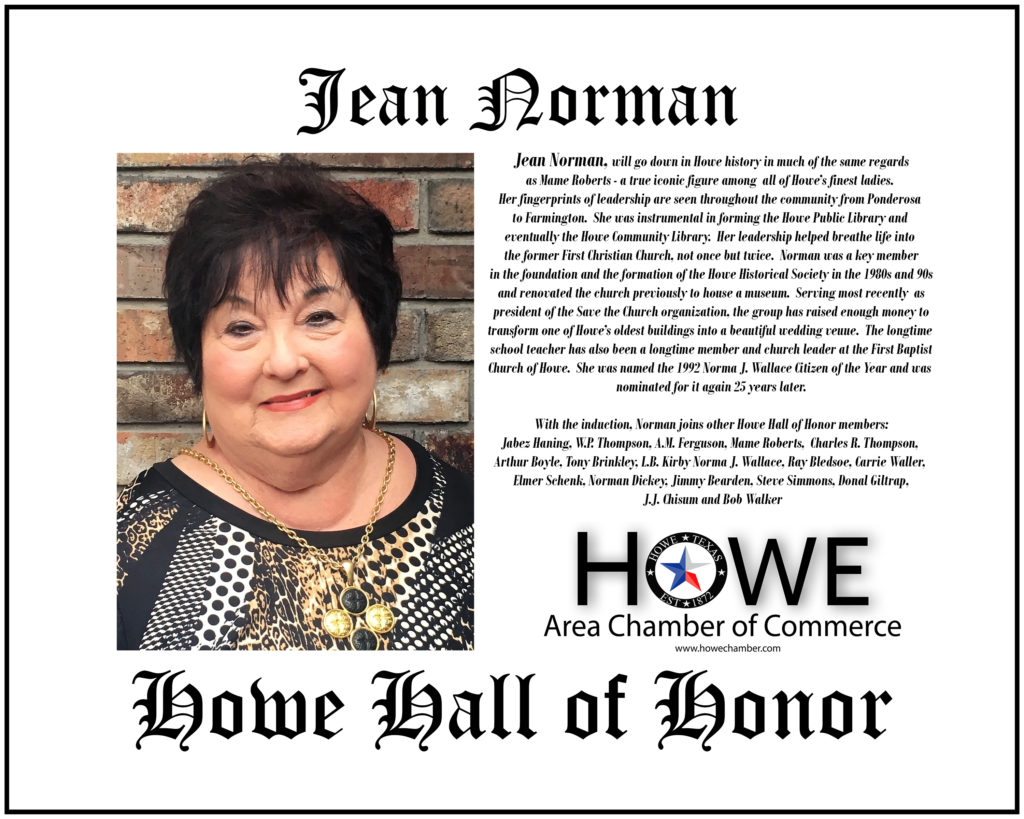