Skip to content
Tony Brinkley (1926-1944) was Howe’s first World War II casualty. After the United States was attacked at Pearl Harbor, Brinkley left school early and joined the Navy at the age of 16 and was an aviation machinist’s mate, third class. Brinkley helped repair the fuselages of fighter and bomber planes when they returned from battling the Japanese. He worked 12 to 14 hours a day which was enough without the air-strikes by the Japanese on the island which finally took his life after two weeks of bombings. But his death did not go unavenged. The same planes that Brinkley had helped put back in the air helped take down the Japanese fighters. Tony was just a boy, but he was doing a man’s job. Brinkley was also the quarterback and captain of the Howe Bulldogs that found themselves without a coach in 1942. Brinkley organized practices and called the plays for the Bulldogs who miraculously won the district title under those strange circumstances. That, my friends, is a leader. The Howe Area Chamber of Commerce hereby names Tony Brinkley to the 2015 Inaugural class of the Howe Hall of Honor. 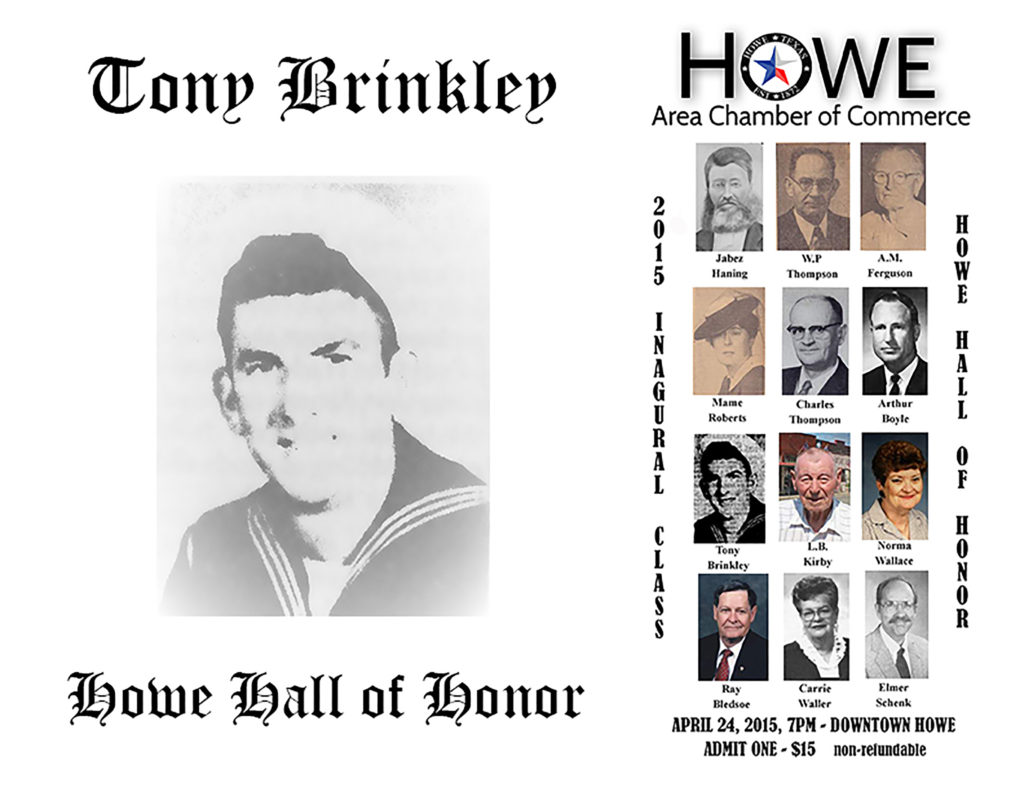