Skip to content
Norman Dickey was hired by Howe schools in 1964. He took a football program that was on the verge of collapsing due to the lack of willing participants and grew it to a District, Bi-District and Regional Champion team just six years later.  After 12 years as head coach of the Howe Bulldogs, he holds the most wins of any football coach in school history with 51. After spending time as a coach, math teacher, counselor, interim principal, interim superintendent, and three-time interim athletic director, Dickey retired from the school district in 1996. In addition to his accomplishments, Dickey spent countless hours mowing Bulldog Stadium, working on the scoreboard, running the clock, officiating junior high games, keeping the stats and everything in between. 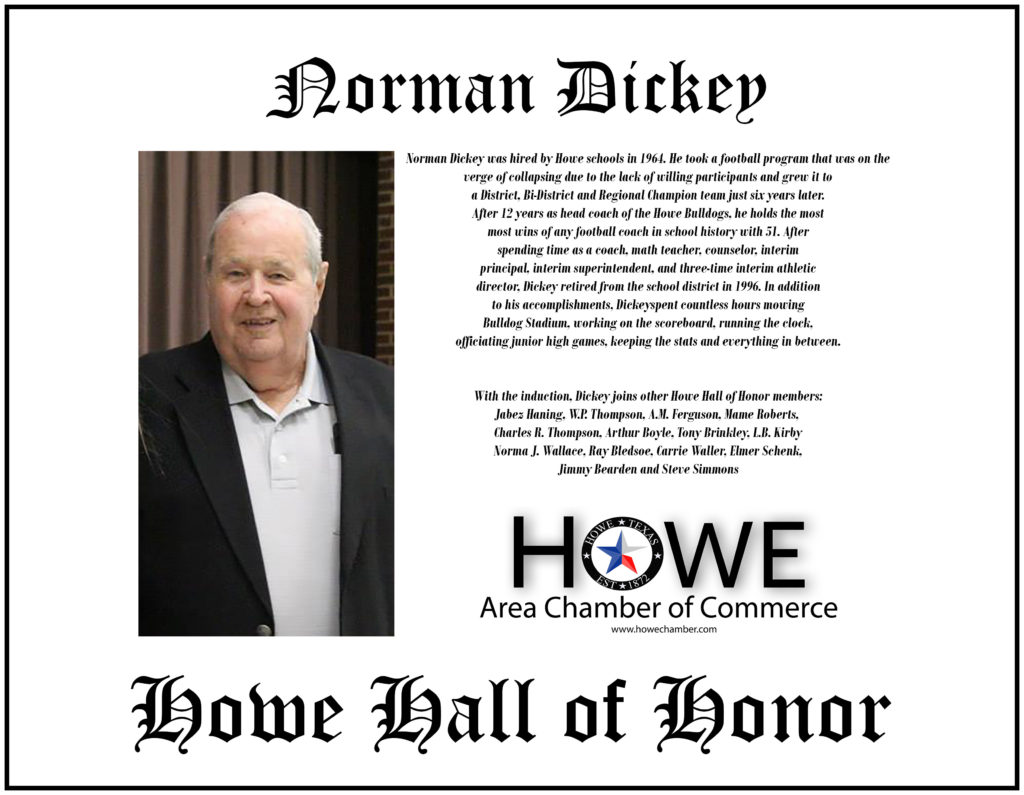