Skip to content
L.B. Kirby (1924- ) is the most decorated living veteran in the state of Texas, with seven Bronze Stars, two Bronze Arrowheads and a Purple Heart, awarded for his service in the army during World War II. Perhaps the most surprising thing about Kirby’s heroic achievements is that for decades, he never told anyone about his awards, including his family. A 1943 graduate of Howe High School, Kirby entered the military just 15 days after finishing high school. Kirby trained as a fire operator and served as a machine gunner under General Douglas MacArthur in the First Cavalry Division of the United States Army and was hit in the back by shrapnel from a Japanese rocket. He spent three months in a field hospital recovering. Kirby rejoined his unit preparing for an invasion of Japan. The Japanese surrendered on Aug. 15, 1945. Kirby was one of only 25 men left out of his unit of 250. Here to accept the award for L.B. Kirby is his brother Jerry Kirby. 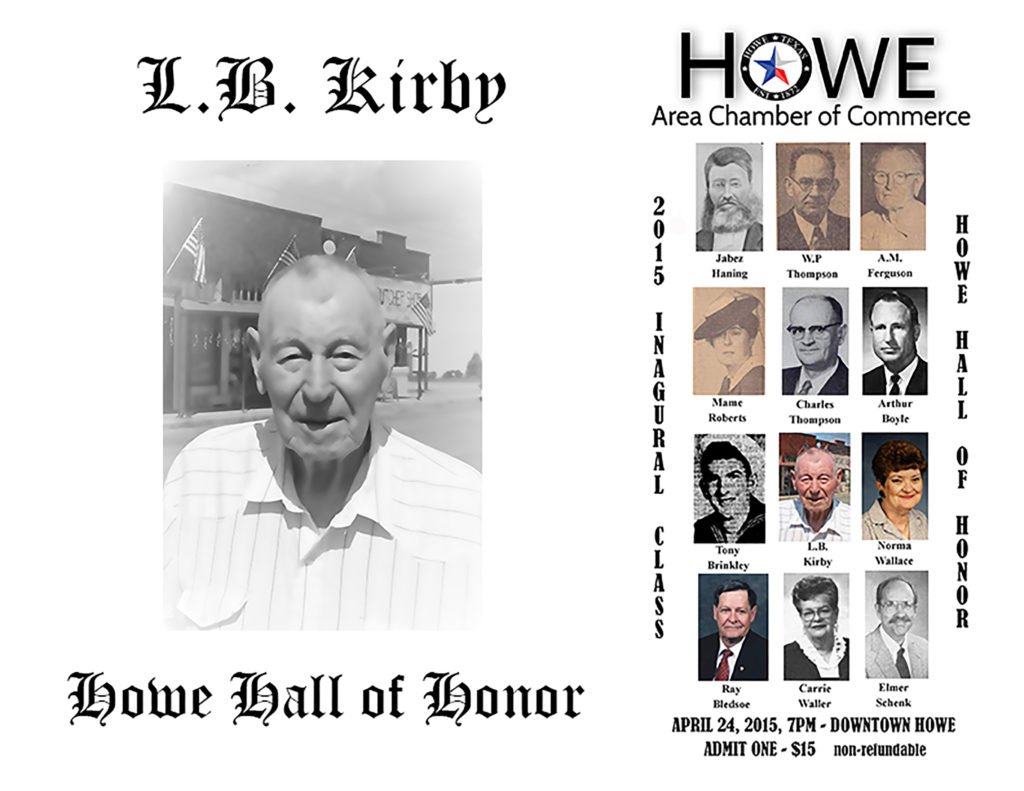