Skip to the content
J.J. Chisum, nominated for the second straight year, was perhaps the most loved man in Howe from the time he opened Chisum’s One Stop Grocery Store in July of 1957. He was called the “One-Man- Chamber of Commerce” as he helped give information to anyone that asked. Mr. Chisum often ran open tickets for families knowing well he would never get paid. His response was always that he couldn’t stand to see anyone not have food on their table. Mr. Chisum was the Norma J. Wallace Citizen of the Year in 1985. 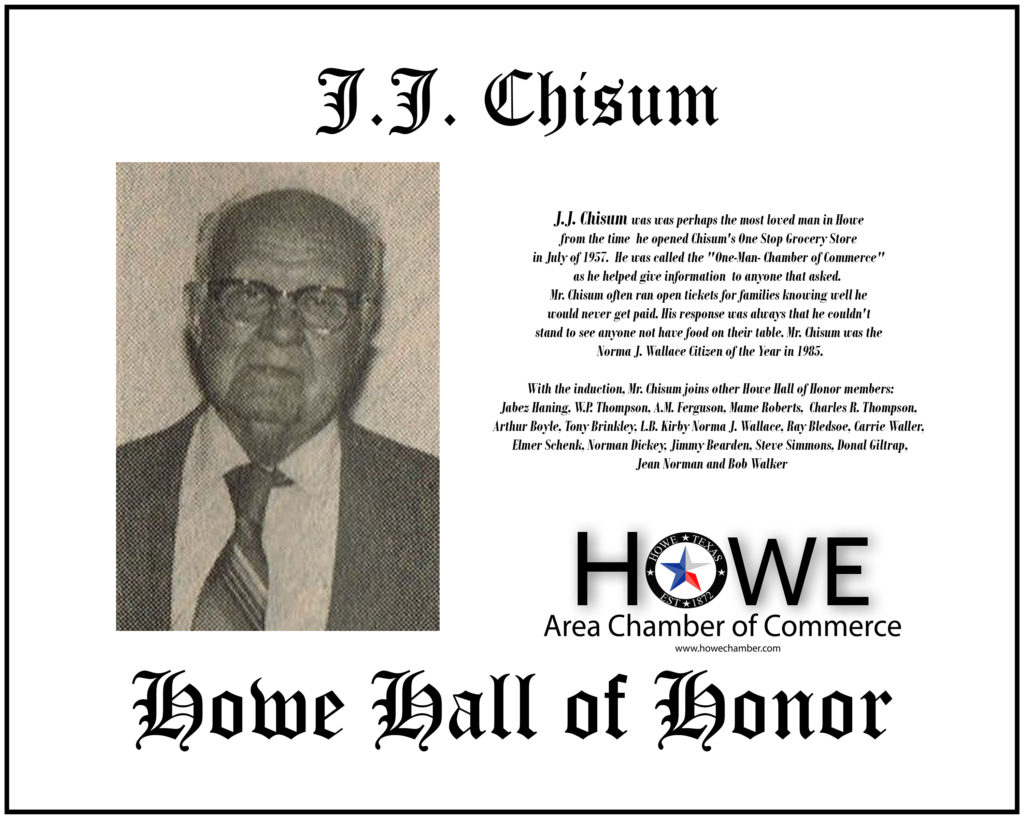