Skip to content
Charles R. Thompson (1910 -1996) dedicated his life to the Howe Public School System. He served as a teacher, principal, and superintendent. Thompson graduated from Howe High School in 1928 and Baylor University, Waco, in 1933. He returned to Howe as a coach and teacher in 1933 and served as Superintendent of Howe Independent School District from 1948-1972. In 1978, the Howe School System named the New High School Gymnasium (now middle school gymnasium) in his honor and he was honored with Charles Thompson Day on April 21, 1996. He was a member of First Baptist Church in Howe and taught boys’ and men’s Sunday school Classes for 55 years; he served as a deacon from 1936-1988. Charles Thompson was a member of Howe Masonic Lodge and was awarded the Lamar Medal on September 24, 2003. He was a member of Howe Lions Club and was active in all civic organizations in Howe. 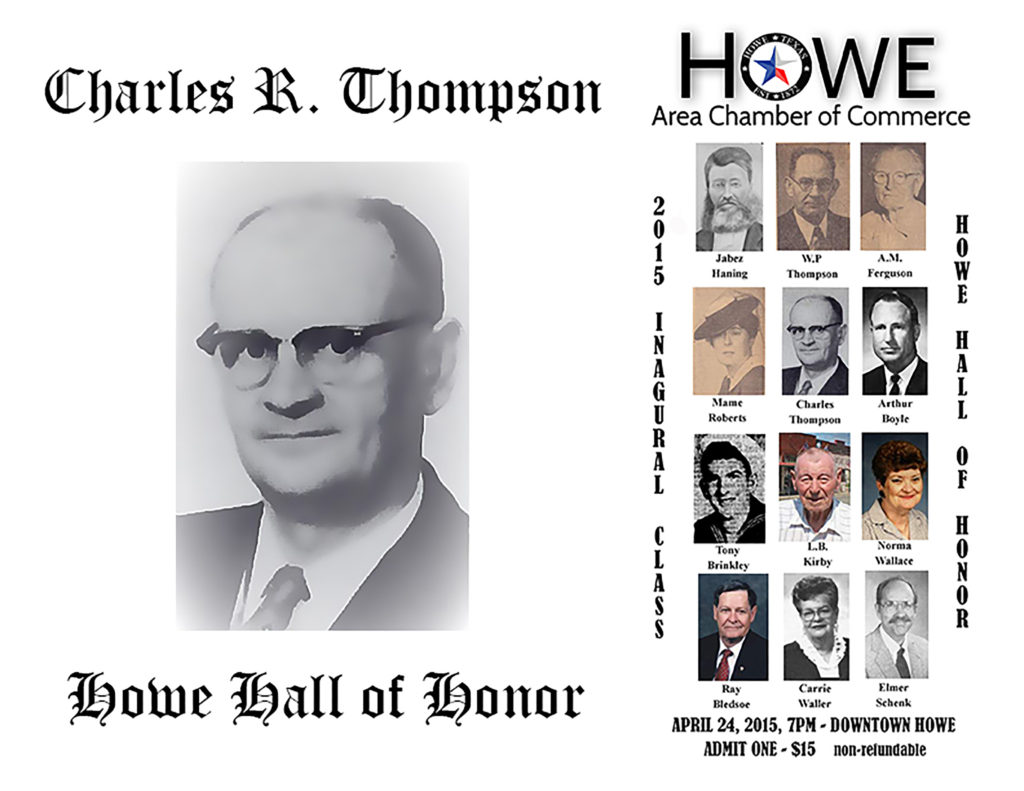