Skip to content
Carrie Waller (1931 – ) was involved with nearly every organization that had anything to do with Howe. She became the first-ever female city council member in 1972. She was also instrumental in reorganizing the Chamber of Commerce in 1972 in time for the city’s Centennial Celebration. That year, she created the Howe city flag and the Centennial logo. As well as being the first city councilwoman and remaining for 11 straight years, she was also mayor pro-tem for nine years and acting mayor for three months. She was the director of the Howe Historical Society as well as vice president, treasurer, and reporter. She was a founding member of “Friends of the Library”, a member of XYZ Senior Citizens Club, First United Methodist Church Women and Wednesday Workers. She served as director, secretary and treasurer of the Howe Chamber of Commerce, secretary of the Howe Community Facilities Development Corporation, and a member of the Howe Transportation Policy Advisory Committee. 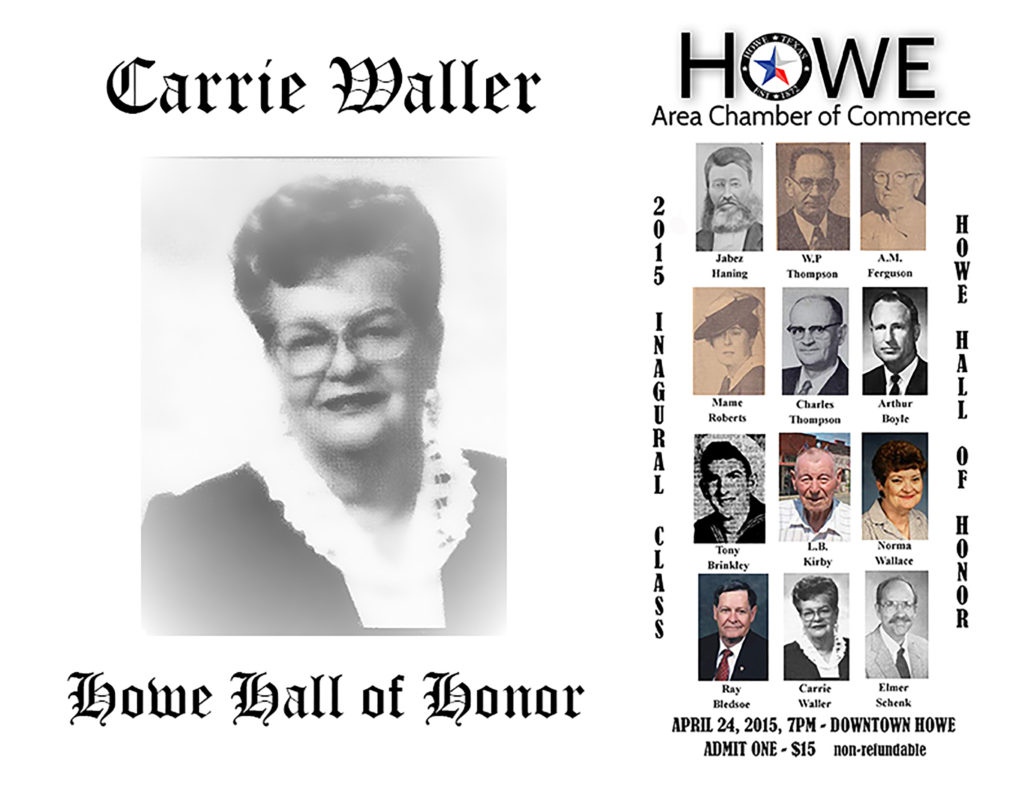