Skip to content
Bob Walker, most known for operating the Howe Enterprise. He put out a weekly publication for 421 consecutive weeks from 1966 to 1974. He was instrumental in reforming the Howe Chamber of Commerce in 1972 and served as the chairman of the Howe Centennial Committee which was a week-long festival and celebration of the city and its fine history. He was elected as the Howe Chamber of Commerce President in the 1970s which saw the volunteer organization run at its full peak of operation at that time. Mr. Walker also served on the Planning and Zoning Commission of Howe. After selling the Howe Enterprise, he went on to own and operate Allied Office Supply in Downtown Howe for a number of years until his retirement in 1989. 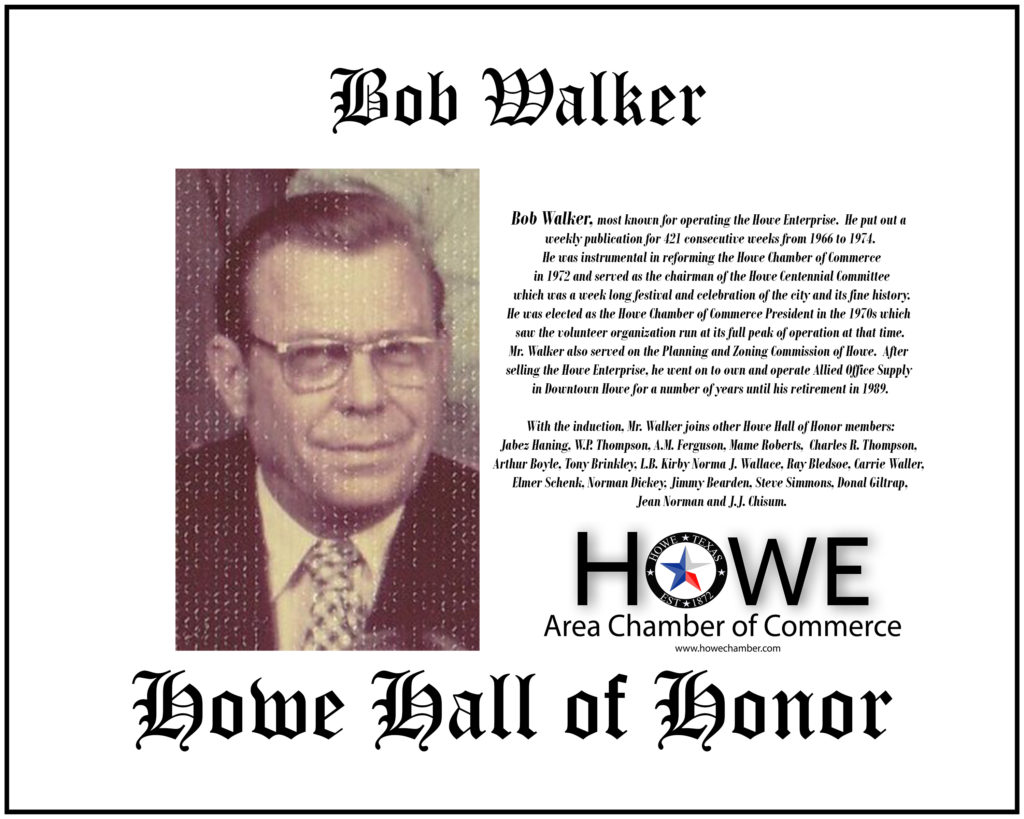