Skip to content
Arthur Boyle (1924-2014) came to Howe in 1958 and during his long career as an educator, he served twice as principal of Howe High School. While the girls’ varsity basketball coach, he accumulated a district record of 85-9 in his first stint as coach. After becoming the first principal in S&S High School history, he returned to Howe as principal and varsity basketball coach where his girls won 30 games in a row from 1966-68. Boyle coached football for Howe in 1958-59, when the Bulldogs revived the sport after a nine-year layoff. They finished second in the district. After leaving Howe again for another position in another town, he always found his way back to Howe. His leadership in Howe and his ability to relate to people, faculty members, and students made Boyle the obvious choice to return to Howe as the superintendent in 1977 in which he held for four years. 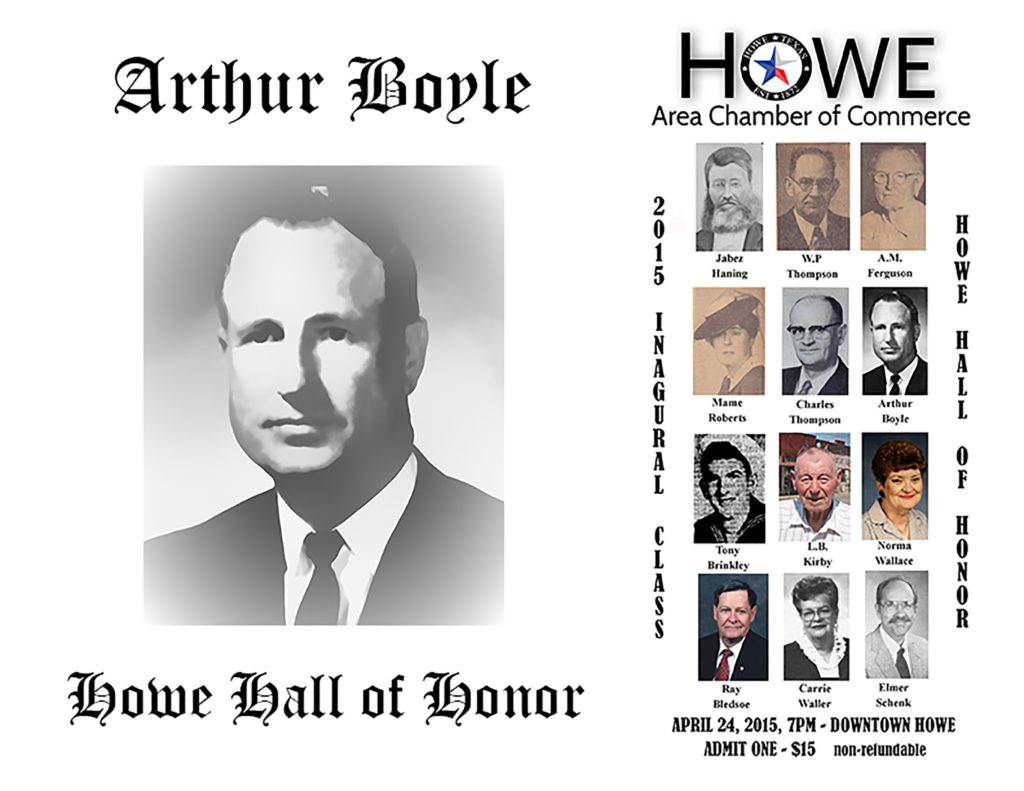